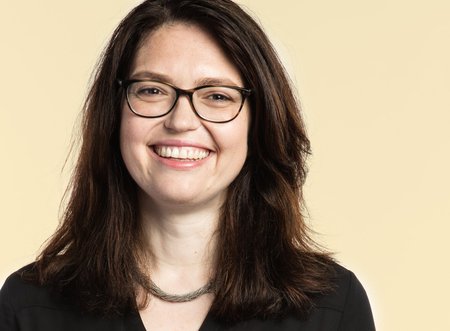 How can economists verify the accuracy of their elegant theories in a dynamic, irrational world? Grounded in mathematics and defined assumptions, economic theories can yield insights into human behavior. They can help decision-makers predict how everyday lives may be affected by their interventions, from tariffs, subsidies, and business incentives to voting rules, tax structures, and methods for allocating public assets.

One method to investigate whether theories have predictive power is to test them on real people in a laboratory setting, says Marina Agranov. Agranov joined Caltech as a professor of economics in 2010, after study at St. Petersburg State Technical University, Tel Aviv University, and New York University. Caltech's pioneering leadership in experimental economics attracted her.

How Do We Decide What to Do?

Agranov's research focuses on how people form beliefs and make choices. "I study the basic tensions people face and how they operate within them," she explains. She tests her theories, and those of other economists, through experiments.

One of her projects revealed that the ability to negotiate has very different effects in different bargaining scenarios. This series of experiments charged committees of five to allocate money among their members, using either majority-rule or unanimous consensus to finalize their decisions. The experiment studied the effects of allowing committee members to negotiate.

In sessions where majority rule decided the outcome, some people got much more money than others, and that inequality deepened when the group members were allowed to negotiate. When the committees had to arrive at a consensus, outcomes were more egalitarian, and became even more uniform when group members were allowed to negotiate. Strikingly, communication made the distribution of resources less fair in majority-rule scenarios and fairer in unanimity scenarios.

Now, with Caltech economist and mathematician Omer Tamuz, Agranov has begun to probe the long-hypothesized wisdom of crowds.

"The question is whether large groups are more efficient and effective at aggregating and learning the truth," Agranov says. "The natural instinct is to say yes. The larger your group, the more signals, the better."

Imagine expectant parents chatting online about which car seat is best. All value safety and ease of use, but each has access to different information, some of which is sponsored or erroneous.

Agranov simplified this scenario into another series of experiments. This series involved large and small groups of people. Each person in a given group would receive $20 for choosing correctly between a red or blue urn. Each member received a different suite of true and false information about which urn to choose, and could see which urn other members chose.

In early results, larger groups take longer to choose the correct urn, even though they have more information. Group members often jump to the wrong conclusion and get stuck there. In a form of groupthink, participants whose information suggests one particular urn discount that information when they see many peers choosing the other one.

Next, she will study people's thought processes as they revise their beliefs. She plans a study that incentivizes participants to instantaneously report changes in their beliefs as new information arrives.

The Truth from Many Angles

Asked how Caltech stands out in the landscape of economics programs, Agranov says that its unusual blurring of boundaries between disciplines increases the potential for fundamental, lasting discoveries.

"The Humanities and Social Sciences faculty is so diverse, but we talk to each other," she says. "Nobody cares whether you are a political scientist or a political economist or an anthropologist. What we care about is the question we are asking and whether we are getting somewhere with our methods. At Caltech, you are judged by the answers you get, the mechanisms you discover, and their usefulness and reasonability."

As director of Caltech's Center for Theoretical and Experimental Social Sciences (CTESS) since 2017, Agranov further integrates theory and experiment. A gift to Break Through: The Caltech Campaign funds CTESS collaborations, and the center is part of The Ronald and Maxine Linde Institute of Economic and Management Sciences, which also was established by a campaign gift.

"I can draw in theorists and convince them that their theories speak to larger questions and are interesting enough to test," Agranov says. "And then, hopefully, we continue collaboration."

Agranov believes that CTESS can make its greatest contribution to both social science and the quality of people's lives by providing robust evidence that is supported theoretically, experimentally, and empirically.

"I would not believe a message that comes from only one type of intellectual thinking," she says. "The truth has to be seen from many angles if it is the truth. That is the value in joined effort."